Internetworking needs quality interconnects; and many small ones, not just a few large ones 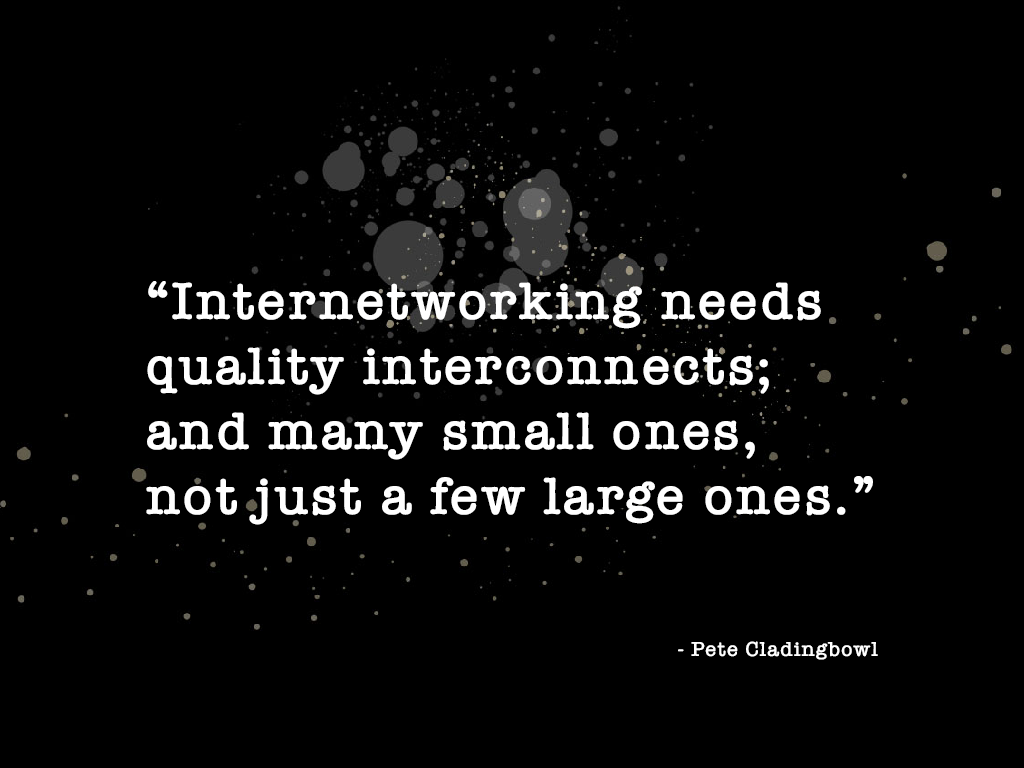 Internetworking needs quality interconnects; and many small ones, not just a few large ones.

Internet is short for internetworking. Internetworking requires interconnection, an exchange of traffic and value.

The way telecoms and computer networks exchange traffic has not changed in more than 25 years, yet the amount and types of traffic has exploded. The inherent problems with interconnection, which decades ago were small relative to the benefit derived, are increasingly magnified.

In addition the control of interconnection by a “few large” providers is increasingly being added to by “many small”, computing is increasingly distributed.  This trend will continue and likely accelerate because exchanging traffic locally reduces cost and improves performance. This important development is hampered by the informal way traffic exchange is arranged, measured and managed. The current situation is fragile and wasteful and yet these exchanges are pivotal to “e-commerce”, “the internet economy” or whatever you like to call modern ways of doing business.

The rapid and pervasive explosion of the WWW and Internet makes it seem very developed but we are really at the beginning of the beginning of this phase of human development. All previous industrial changes of this magnitude have initially grown rapidly, but unsafely, until a period of standardisation and third or fourth generation technology took root; built on standards that reduce variability and increased interoperability.  The industrial revolution was not so much down to the steam engine as the standardisation of connection – making screws, nuts and bolts interchangeable. This was made possible by the first machine tool – the lathe.

These late-18th-century screw-cutting lathes represented the breakthrough development of the technology. They permitted the large-scale, industrial production of screws that were interchangeable. Standardization of threadforms (including thread angle, pitches, major diameters, pitch diameters, etc.) began immediately on the intra-company level, and by the end of the 19th century, it had been carried to the international level (although pluralities of standards still exist).

Blockchain and the mechanisms it enables offer great potential to standardised traffic exchange, reduce cost and improving safety and quality.  The Bartr set of technologies offer a blockchain based solution to the varied and increasing problems facing interconnections. Solving these problems will enable many more small interconnections to be made by relatively “non-experts”.

The power of blockchain technology is in its distributed, unchangeable set of records. Crudely put – “all our spreadsheets are exactly the same and we can’t change them without letting everybody know”. Bartr builds on this baseline of “distributed truth” by: firstly standardising the protocol and token of exchange; secondly enabling the token itself to be traded and thirdly distributing the exchange mechanisms. This standardisation and enabling downstream control of routing decisions creates an operating system for modern telecoms; removing uncertainty, waste and fraud from the current system and introducing decentralised value exchange.

Any new technology, however powerful, faces huge obstacles before it reaches a critical adoption mass, when the network effect sucks in new participants and the expansion process become irreversible. The answers to some key questions will indicate if the team behind Bartr technologies can overcome these obstacles.

Do the people involved have skin in the game?

Yes, they already have successful businesses in the sector and the industry’s current failings are what led to the development of Bartr technologies.

If the problems that will be solved are that big then surely people are already trying to address it?

Yes, telecoms fraud prevention, pricing arbitration, billing and collection are all billion dollar markets in their own right.  However they all provide work arounds or reactive solutions to the problems. Bartr will address the problems directly and replace and renew many of the activities in these markets – handshakes will become contracts, spreadsheets immutable ledgers and variable currencies –  a single token of exchange.

What changes will need to happen in terms of processes and behaviours for the Bartr technologies to be adopted?

A relatively small amount of people have a set of too often informal relationships that result in traffic flows being sent and received. This community is well known to the Bartr team. Formalising and developing their relationships into a new community of interest is what will enable the new operating system to be built.  There is an inevitability about this evolution from an “old boys/girls” network to a modern system – bartr-precious-megabytes-are-the-new-telecoms-precious-metal .

How do you measure and motivate success when a technology is brand new?

Chris Burniske who began evaluating crypto-assets professionally back in 2014, making him a veteran of this industry says: “Transaction volume, says Burniske, is to crypto-assets what profit earnings are to the traditional equities world.”  the-tricky-art-and-emerging-science-of-valuing-crypto-assets

Transaction volume would seem a fine starting point then. Potential volume increases with increasing interconnects so the number of them would also be a leading indicator. 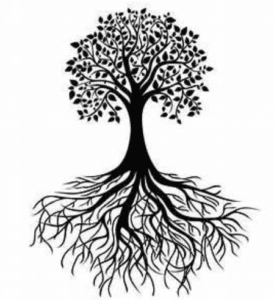 Internetworking works currently but it produces huge waste and the volumes are largely between a few large providers. Bartr provides the “machine tools” that will improve quality and lead to the rapid growth of interconnects as they “industrialise”. The reduced variability will reduce costs and waste and make adoption attractive to all. Standard interoperability token of exchange will enable more value to be created in more places. The “few large” volumes of transactions will move to the Bartr technologies and volume will increase due to the flow from the increase in the “many few” that are made possible by industrialised interconnections.